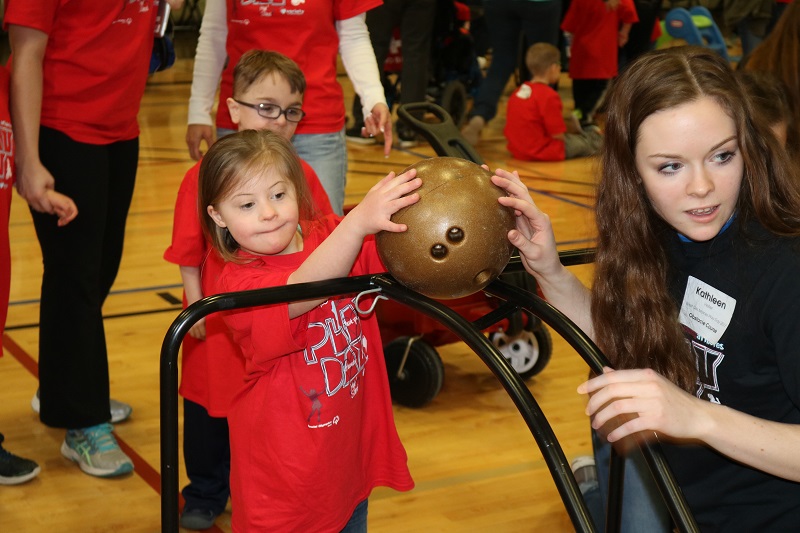 The partnership is a way to encourage Loras students to participate in existing Special Olympics Iowa (SOIA) events, while also creating their own events to help serve Special Olympics athletes. On October 20, 2017, Loras student-athletes volunteered at and hosted the Dubuque area Challenge Day at the Athletic & Wellness Center on campus. Following the event, Loras was entered into a voting poll on NCAA.org with two other schools, winning the vote by 78 percent. The college won $500 to go towards future SOIA events, which they plan to use on March 22 for the first-ever Dubuque area Young Athletes Play Day.

“The Young Athletes Play Day is the first event of its kind to be held in Dubuque,” says SOIA Director of Athlete Initiatives, Wendy Olinger. “We are so appreciative and excited that Loras College has decided to continue their partnership with Special Olympics Iowa. They were a great asset to the event we held in October at the college. It’s because of students like these that we can continue to teach our athletes about health and fitness, and, most importantly, inclusion.”