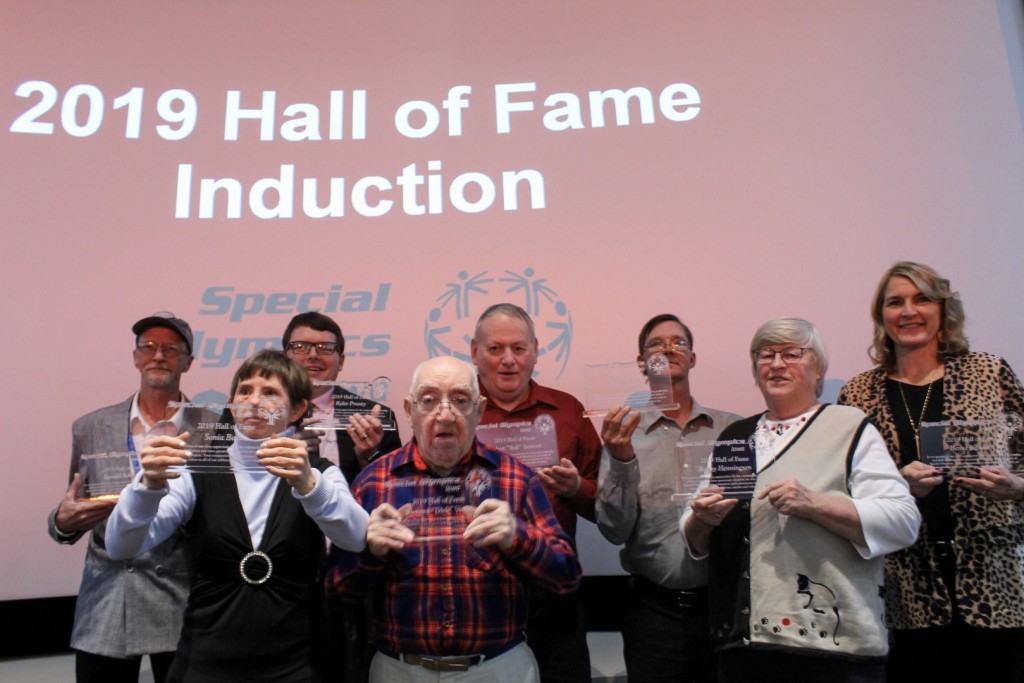 The SOIA Hall of Fame was created in 2018 by the Board of Directors as a way to recognize the longevity and achievement of athletes and volunteers with the organization.  A voting committee, appointed by the Hall of Fame Chair, is responsible for reviewing all nominations and voting for the inductees.  A permanent display will be housed at the Special Olympics Iowa kiosk at the Hall of Pride in downtown Des Moines and Special Olympics Iowa State office in Grimes will also be host to a display.

VOTING PROCESS:  Each person on the Voting Committee will have the opportunity to read every nomination form. Upon reading the forms, each person will cast a vote.

INDUCTEES:   No more than six (6) nominees will be chosen in one year.  The inductees will be announced at the SOIA Holiday Party.  The Holiday Party is usually at the beginning of December, the actual date of the event will be released in the coming months.

AWARD:   Each recipient will receive a plaque, their name will be recognized on the SOIA kiosk at the Hall of Pride along with a plaque at the SOIA State Office.