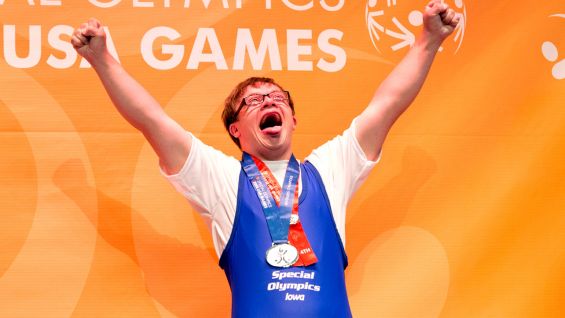 The fourth annual Special Olympics USA Games will be held this summer in Seattle, Washington. The USA Games take place every four years with previous locations being: Ames, Iowa; Lincoln, Nebraska and Lawrenceville, New Jersey. The event will offer 14 different sports with the help of 10,000 volunteers recruited. It is expected that over 70,000 spectators will attend. The USA games give athletes from all over the country the opportunity to participate, meet other athletes, and showcase their talents

Twenty-two year old Mitchell Betsworth of Sioux City will be helping represent Iowa in the 2018 Special Olympic USA Games. He is one of 4,000 athletes participating in July. Mitchell’s event is the powerlifting competition. The lifts that he performs are the bench press, deadlift and he also squats. Mitchell trains 4 days a week, usually 45 minutes to an hour per session with his coach and father, Troy Betsworth. Mitchell’s favorite lift to preform is the deadlift.

Mitchell got his start with powerlifting back in high school when a teacher aide recommended he try powerlifting. He originally began his Special Olympics career as a basketball skills competitor back when he was in junior high.

Mitchell is no stranger to USA Games. He competed back in the 2014 USA Olympic Games held in New Jersey. Other Special Olympic sports he participates in are: swimming, softball, soccer, golf and bowling. END_OF_DOCUMENT_TOKEN_TO_BE_REPLACED 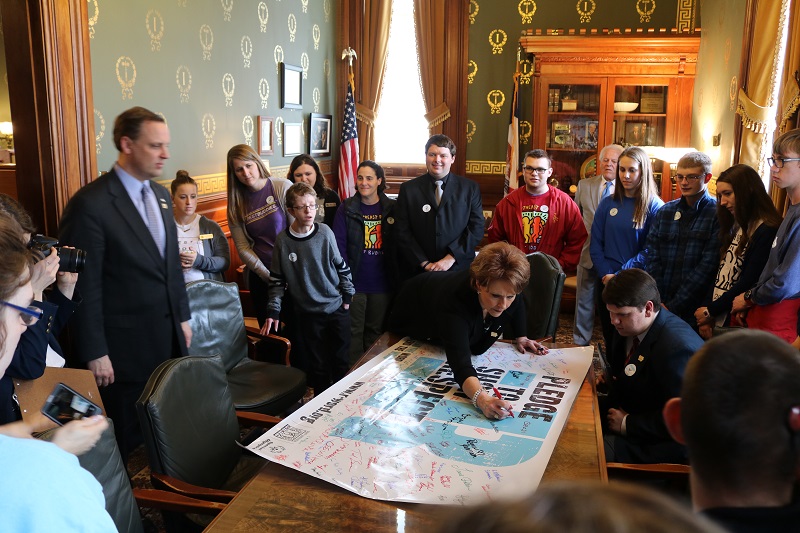 Spread the Word to End the Word will also be implemented in schools across the state of Iowa in an effort to aid the campaign’s cause. On March 7, 40 schools will have banners for students to sign to take the pledge. Students will also be participating in school-wide activities that will teach students the hurtfulness of the word and how it can be prevented. END_OF_DOCUMENT_TOKEN_TO_BE_REPLACED

SOIA’s Basketball Skills competitions help teach athletes basic skills of the game, while preparing them to compete at the state level. 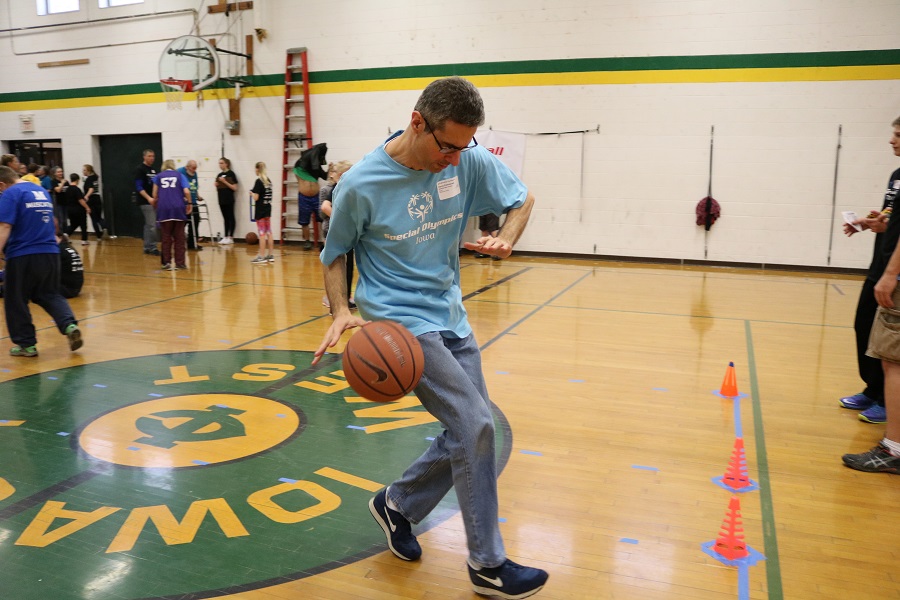 In the target pass event, a square is marked both on the wall and on the floor. The athlete must stand within the square marked on the floor and try to get the ball to hit inside the ball on the wall. In the 10-meter event, the athlete begins from behind the start line and between the cones and starts moving and dribbling when the official signals. They must cross the finish line between the cones and must pick up the basketball to stop the clock. If the athlete loses control of the ball, the clock will continue to run until the ball is recovered. In the spot shot event, there are six spots that are marked on the floor around a basketball hoop and the athlete has two attempts from each of the six spots to make a basket. END_OF_DOCUMENT_TOKEN_TO_BE_REPLACED