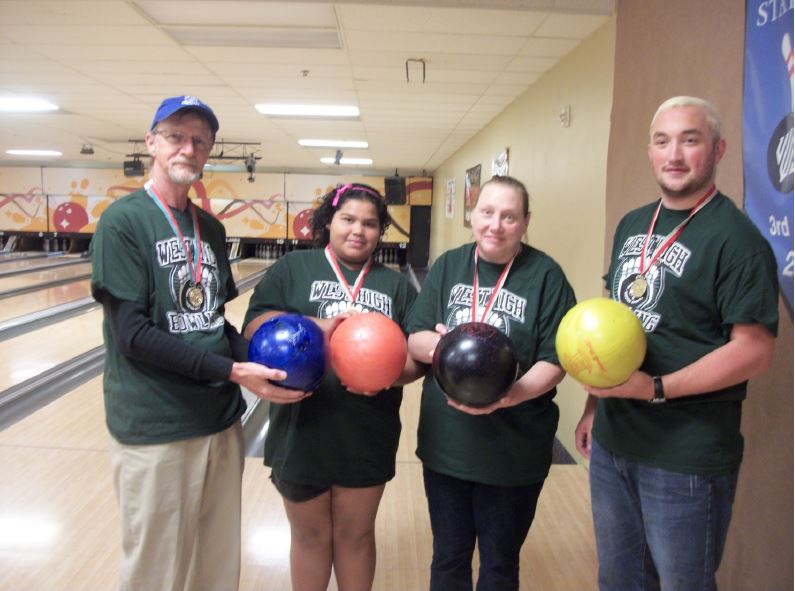 A Unified Bowling team from Sioux City West Middle School will be representing Iowa in the USA Special Olympic Games held in Seattle, Washington July 1-6. The team is made up of four players: Ron Schmidt, Estrella Tejeda, Ann Newton and JJ Reeg-Beckner.

Although Bowling does not belong to the Olympic sports, it is among the most popular sports in Special Olympics. It is a particularly beneficial sport to people with intellectual disabilities, regardless of their age or sports abilities, since it ensures physical exercise and at the same time participation and social integration.

The team is extremely excited for this once in a lifetime opportunity. They will be the only bowling team representing Iowa at USA Games, and it will be the first year these athletes have been on a team together.

Ron Schmidt, a Unified Partner on the team described how when practicing they all learn from one another. He explained  how he teaches the athletes things while he also learns new things from them. He also commented on the team’s good sportsmanship.

“They always make sure to shake the opponent’s hands and say good job at the end of every game, even if they lose,” says Schmidt.

Ron has been volunteering for Special Olympics Iowa for nine years. He competes in Unified Golf, bowling and bocce. In an interview he said how much he gets out of interacting with these athletes.

“I love spending time with these athletes, they teach me and I teach them.” Said Schmidt.

The team will be coached by Bev Schelling from Atlantic, Iowa. Bev has been a coach for 23 years in bowling, basketball and athletics (track and field). She has been to the USA Games in Ames, Lincoln and New Jersey. Bev explained how the USA Games are rewarding because athletes are able to interact with other athletes from all 50 states.

“When I coached at Ames, I remember telling my husband that I didn’t know about the rest of the world, but I was pretty sure Ames, Iowa, was the happiest spot in the United States during the week of competition by Special Olympic athletes.   The love and encouragement was rewarding to watch and I feel blessed that I have been able to be a part of such a wonderful event.” Said Schelling.