Special Olympics Iowa athletes had several opportunities to display their accomplishments this year at the 2016 Iowa State Fair. 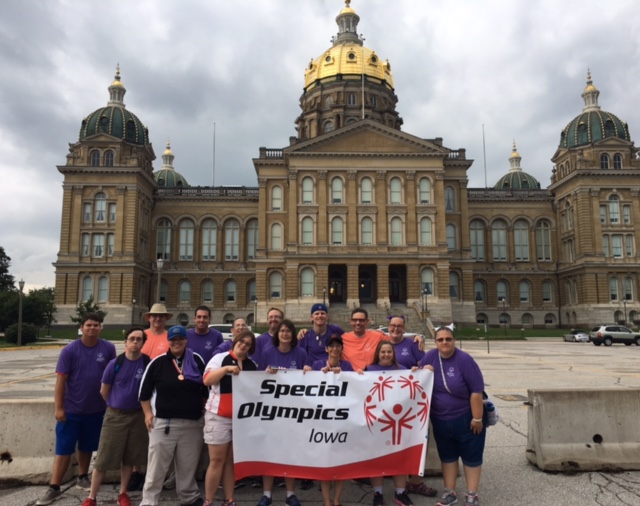 On Wednesday, August 10 athletes and their families were invited to take part in the annual State Fair parade that kicks off the fair. Athletes held up banners and waved at parade watchers as they made their way from the Capitol Building in downtown Des Moines to the State Fairgrounds. Our Statewide Partner Wells Fargo was also on hand at the parade that day as they let SOIA athletes ride in the Wells Fargo stagecoach. 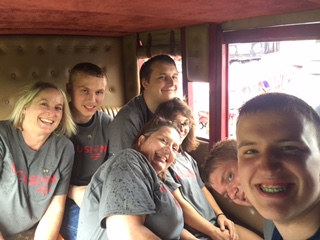 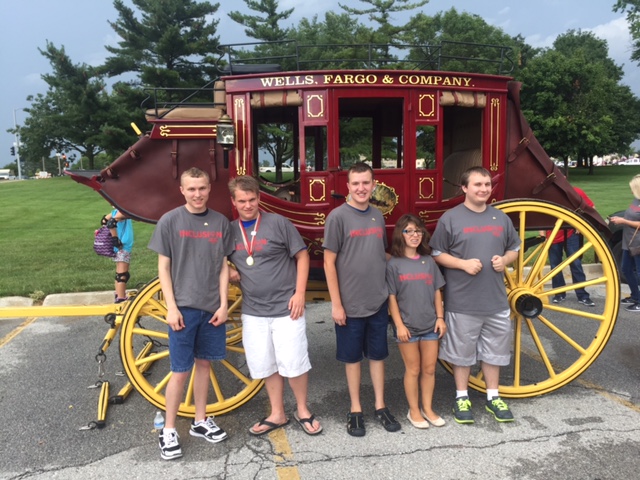 The SOIA involvement in the State Fair didn’t end there, though. On Friday, August 19, SOIA co-hosted the first-ever Adaptive Sports on the Grand Concourse day with our friends from Adaptive Sports Iowa and Courage League Sports. The day consisted of games of power soccer, wheelchair basketball and bocce as well as equipment demonstrations and program overviews. It was also a day to show how sports can be adaptive for inclusion so everyone can participate. 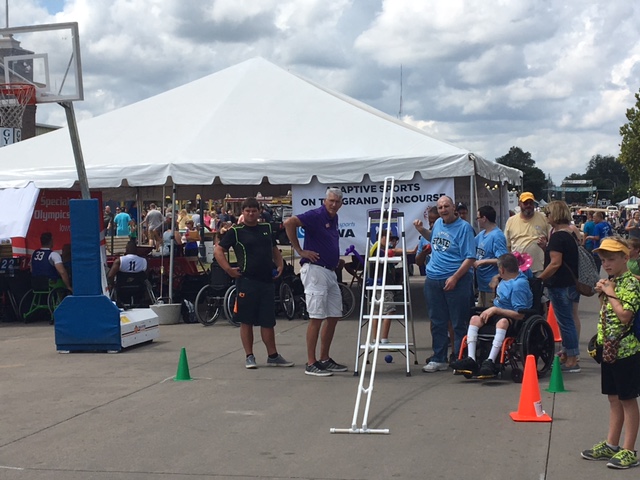 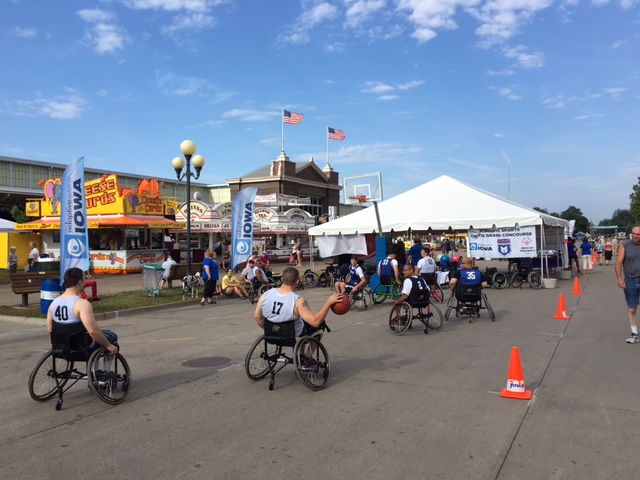 Each year, Statewide Partner, the Iowa Knights of Columbus, also support SOIA by holding a booth at the Iowa State Fair. The Knights hold fundraisers and CPID drives (Campaign for Persons with Intellectual Disabilities), more publicly known as Tootsie Roll drives across the state to help athletes in their local areas. They did one of their Tootsie Roll drives at the SOIA State Fair booth this year.

Thank you to all of our athletes, families and sponsors for helping us have so much fun at this year’s Iowa State Fair!