The University of Iowa took a Unified team to the NIRSA basketball championships in Wichita, Kansas. The team went face-to-face with competitors across the nation including Louisville, Eastern Washington University and Oregon. Iowa ended up 1-2 at the end of the tournament. The University of Iowa was one of 12 teams in the nation to be selected to participate in the Unified Division.

The team practiced for the duration of 6 weeks, during and following the University’s regular Unified basketball intramural season. To prepare for the tournament, The University of Iowa played an exhibition game against St. Ambrose University’s Unified intramural championship team! Unified intramurals at Iowa started with flag football in 2017 and has since progressed to add volleyball and basketball. Ongoing support from the recreational services department and our Unified partners makes this program at Iowa thrive. 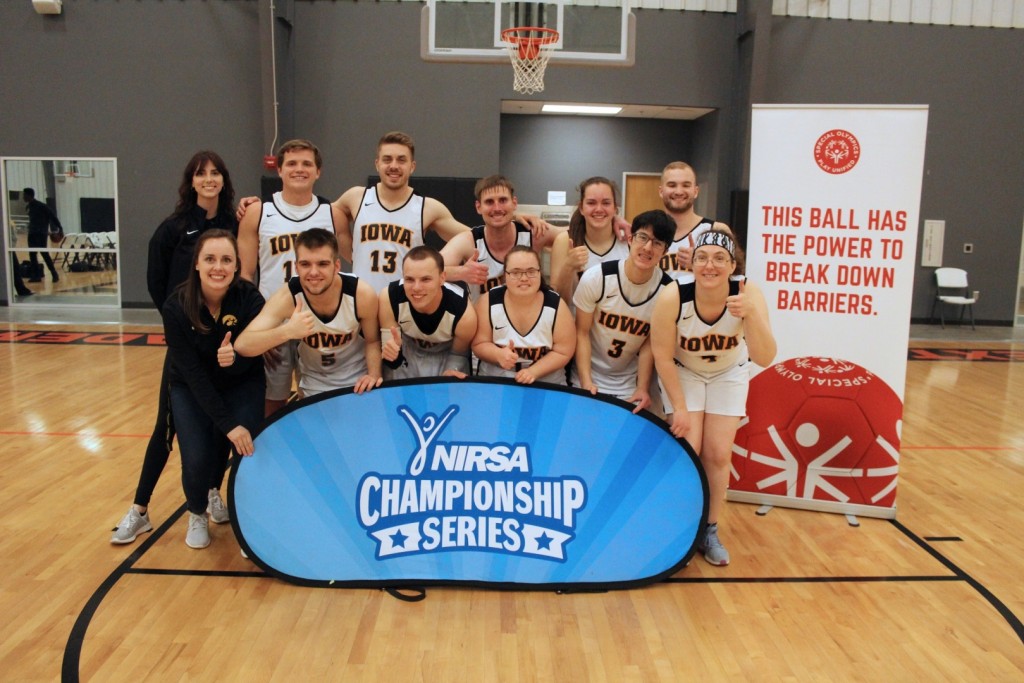