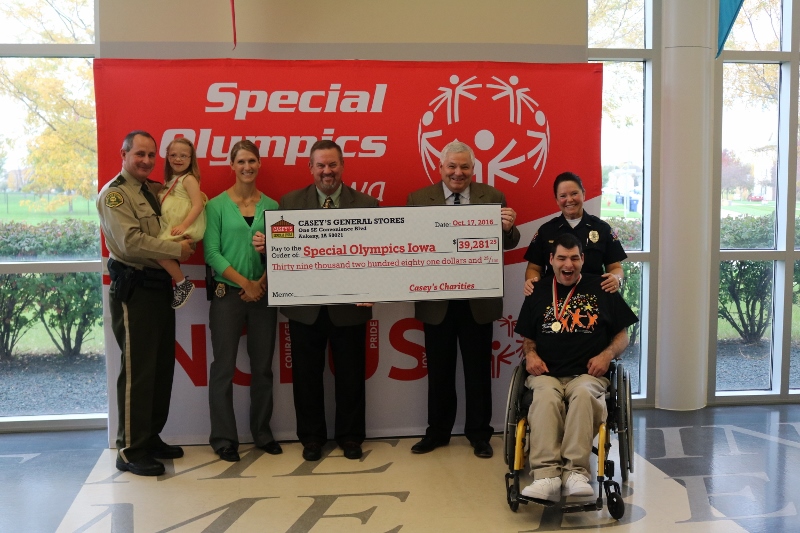 Casey’s General Stores throughout Iowa helped raise funds for Special Olympics Iowa this summer with the Casey’s Cup Campaign. Starting May 19 just in time for the SOIA Summer Games and running through Labor Day, they showcased athletes and law enforcement officials on their 44 ounce cups, with a portion of the proceeds from the cups sold going toward Special Olympics Iowa.

The company’s values are rooted in a sense of belonging to the communities in which it operates, which aligns with Special Olympics Iowa’s vision of inclusion for all athletes. Together throughout Iowa, the Casey’s Cup Campaign raises awareness about different abilities and helps foster growth for our programs.

At the wrap-up ceremony on Monday, October 17, Casey’s presented Special Olympics Iowa with a check for more than $39,000 from the cup campaign.

Special Olympics Iowa would like to give their sincerest appreciation for Casey’s and their generous donation!