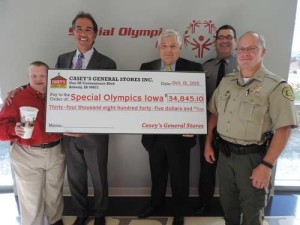 Thanks to YOU, Casey’s General Store donated more than $34,000 to SOIA from this year’s Casey’s Cup campaign! Between Memorial Day and Labor Day, SOIA athletes and law enforcement officers were featured on the 44-oz. cups, with a portion of the sales going to SOIA.

Casey’s and SOIA also challenged customers to a photo contest, taking photos of themselves with the cups and posting them on social media with one winner each week receiving a free Casey’s pizza. Jessica Clements, an SOIA athlete from Fairfield, was the grand prize winner and received a year’s supply of free Casey’s pizza and a one-night stay with four waterpark passes to the Ramada Tropics Resort in Des Moines. 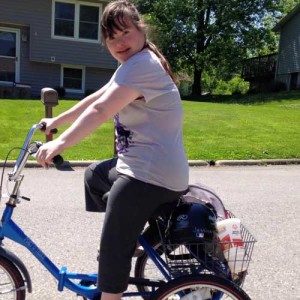 Jessica Clements is the winner of the 2015 Casey’s Cup Photo Contest.

This was the second year Casey’s has supported SOIA with the Casey’s Cup campaign, totaling more than $67,000. Thank you to Casey’s and to everyone who purchased a cup this summer!